One of the most controversial subjects affecting hip-hop artists for the past three decades is the way their rhymes are sometimes used as evidence in legal cases. Scroll to see 10 rappers whose lyrics were used against them in court, from YNW Melly and Meek Mill to Snoop Dogg.

When 6ix9ine played witness in his 2018 racketeering trial, he was granted the privilege to explain violent lyrics from his breakout single "Gummo," including lines like "Shoot at me, I'm shootin' back, I'm gettin' buckets / I ain't wanna take his life, but n***a, f**k it!"

He claimed the track was simply directed at "somebody who I didn't get along with," and served less than two years behind bars.

Following the arrest of Bobby Shmurda and his GS9 crew on weapons and conspiracy charges in 2014, there was speculation that lyrics from "Hot N***a" might be cited as evidence. (For example, "I been selling crack since like the 5th grade!" and "Mitch caught a body 'bout a week ago!")

The judge ruled those specific words could be used as evidence, yet Boosie beat the case.

Meek Mill caught a gun and drug conviction in 2008 and was on probation for his entire adult life until 2019. On a 2012 remix of Drake's "The Ride," he rapped the following lyrics about the Philadelphia district attorney: "The D.A. said she hate me, but I don't understand / When I just rocked a show in front of 50,000 fans / I think that b***h racist, she probably in the Klan / She take her pain out on me, but she probably need a man!"

Well, she gave him a stern warning: "When you're under supervision you have to respect the judge, the prosecutor, the police."

Before he was tragically stabbed to death last month in LA, Drakeo The Ruler had to overcome a pair of murder cases where prosecutors attempted to paint him as the leader of a gang – the Stinc Team – that committed homicide.

They pointed out these bars from a diss track aimed at a rapper named RJ as evidence of Drakeo's alleged attitude toward violence: "Sheesh, everything I state is facts / I'm not these other street n****s, b***h I can really rap / I'm ridin' round town with a Tommy gun and a Jag / And you can disregard the yelling, RJ tied up in the back."

Pennsylvania's Mayhem Mal was out on bond for a gun and drug case in 2013 when he shared "F**k The Police" with lyrics that made his arresting officers feel "nervous." He rapped, "Takin' money from Beaz and all that s**t away from me? / Well your shift over at 3, and I'm gon' f**k up where you sleep," among other bold lines.

He was sentenced to three years for terroristic threats and witness intimidation, prompting Meek Mill, 21 Savage, Chance The Rapper and more to support his appeal, but to no avail.

Did you know Snoop Dogg was once tried for first-degree murder in 1993? His bodyguard allegedly shot and killed a member of the rival Bloods gang while inside Snoop's car. Earlier that year, Snoop released "Murder Was The Case," and the song was played during the trial.

During a skit at the beginning, a featured guest says, "Man, hand me my motherf*****g Glock man, give me another clip / Cause I'm gonna smoke this fool." However, both Snoop and his bodyguard were found not guilty.

Mac Phipps – a former member of Master P's iconic No Limit label – was recently granted clemency after serving 21 years for a murder many believe he didn't commit.

In fact, five witnesses later said they were "coerced" by the cops. Authorities demonized Phipps with lyrics recorded under his alter ego, "The Camouflage Assassin," including, "Murder, murder, murder, murder, kill, kill, it's real / You cross me wrong, don't think I forgot ya, just waitin' on you to chill."

Even though YNW Melly's breakout single "Murder On My Mind" was released before he and YNW Bortlen allegedly killed their friends Sakchaser and Juvy in 2018, lawyers for the 22-year-old believe prosecutors will highlight the grisly and detailed lyrics heard in the song.

"I didn't even mean to shoot him, he just caught me by surprise / I reloaded my pistol, cocked it back, and shot him twice," are some of the most haunting croons. Melly's trial is set for March 2022. He faces life in prison.

The wildest example of a song landing a rapper behind bars is Tay-K's "The Race," which has been viewed more than 227 million times on YouTube. Tay-K recounts doing the dash while on house arrest in connection to a fatal 2016 robbery in Dallas.

"Choppa tear your dudies into fish fillet / I-I-I woke up too moody, who gon' die today?" are just a couple of the boldest bars. Prosecutors used the song and video as evidence while interviewing a key witness, and Tay-K is now serving a 55-year sentence.

However, Tay-K recently called for a new appeal lawyer via Twitter.

The 12 Best Gifts for Music Lovers You Can Find on Amazon! 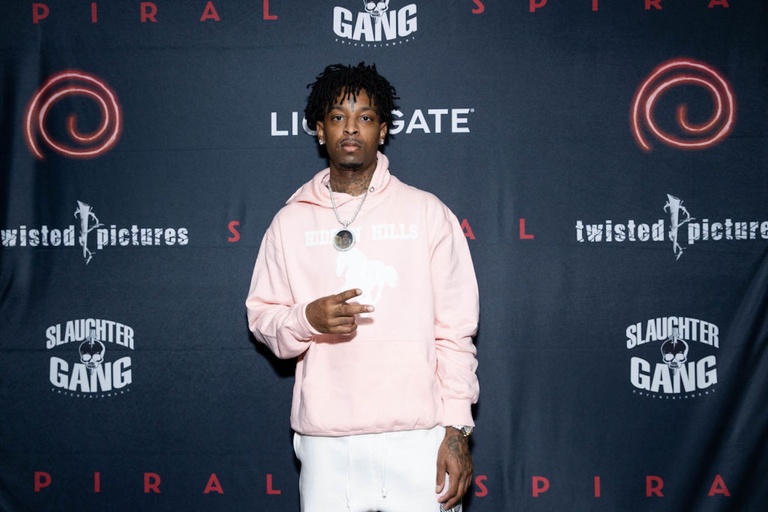